This page provides statistics to give a picture of Walsall 'at-a-glance', with some choice statistics selected to give a flavour of the composition of, and challenges faced by, the borough as a whole

Walsall's population is estimated to be 285,500 (ONS, mid-2019). The below shows the distribution of Male & Female by age group against the UK average: 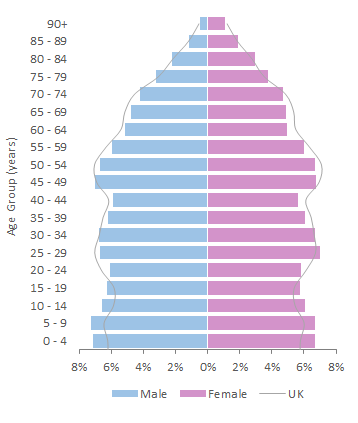 As of the 2011 Census, there has been a significant increase in the level of ethnic diversity in Walsall over the past decade. While 'White British' remains the largest single group, at 76.9%, the number of residents from a minority ethnic group has risen to almost 1 in 4 (23.1%).

Life expectancy at birth is a good indicator of the health of a population. In Walsall life expectancy is higher in woman (82) than men (77.2). 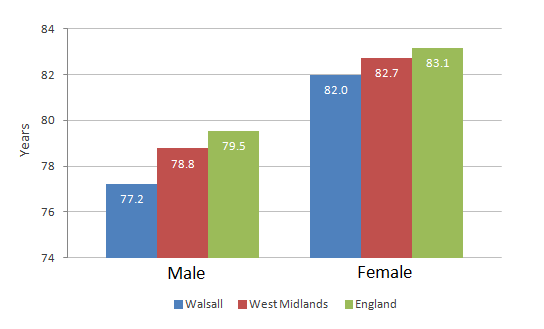 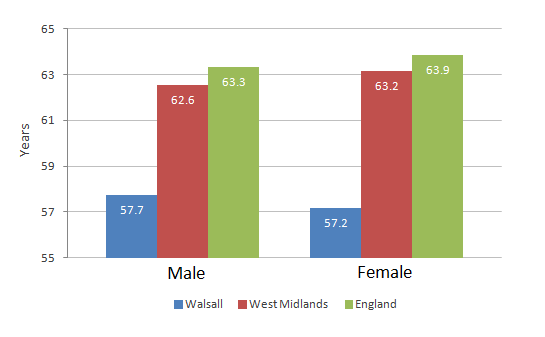 Walsall residents are employed across all different types of occupation. The greatest number work in skilled trades occupations, accounting for 13.7% of those who are economically active and higher than the 11.5% across England and Wales overall. 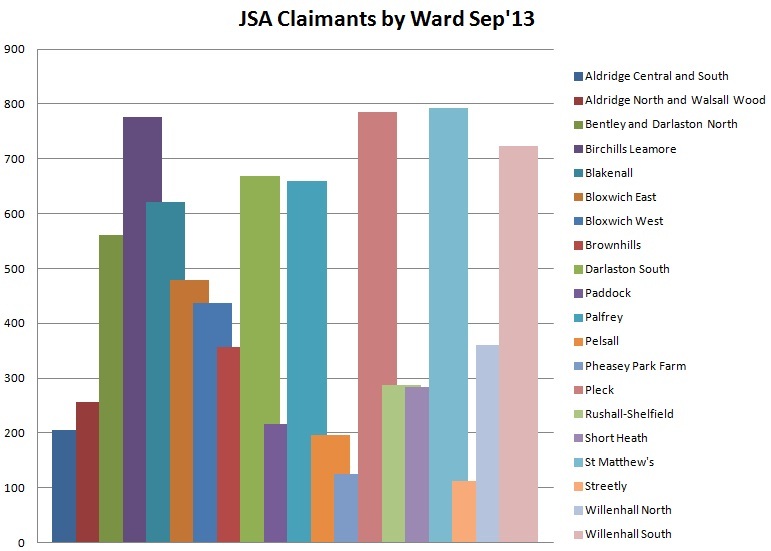 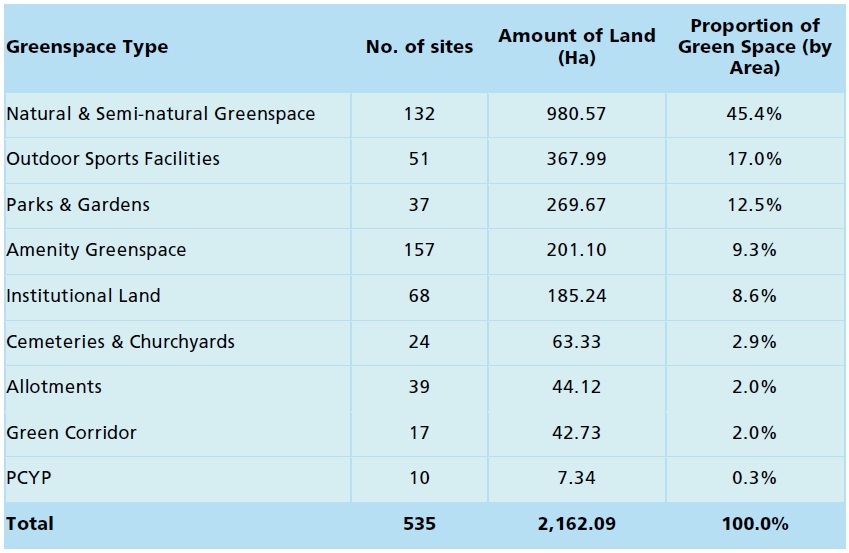