Our priority is that Children are safe from harm, happy and learning well with self-belief, aspiration and support to be their best: Walsall children are provided with the best start in life so they can fulfil their potential and make positive contributions to their communities. 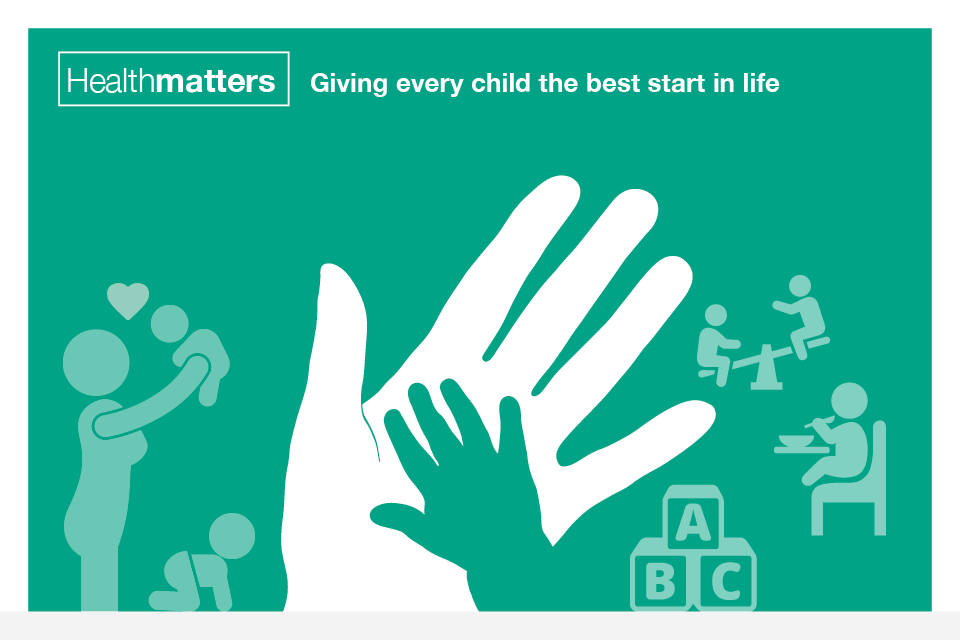 Children in Walsall have worse than average levels of obesity: 11.3% of children aged 4-5 years and 25.5% of children aged 10-11 years are classified as obese. The teenage pregnancy rate has been reducing well for the last 3 years, but it remains higher than the England average. In 2015/16, 59 teenage girls gave birth which represents 1.6% of women giving birth; this is higher than the England average.

In response to the outcomes highlighted above, Walsall’s Health and Wellbeing Board commissioned a study to better understand infant mortality rates the issues and implications for Walsall. A focused task group has developed a strategy to reduce infant mortality and deliver against an action plan.

Good attainment at GCSE level equips young people to move confidently onto the next phase of their lives. The gold standard of each young person achieving 5 or more A*-C grades including English and Maths remains a key challenge for Walsall. Education is a key social determinant of inequalities in society. Good attainment at A/AS Level or equivalent is equally important to access further educational opportunities and/or employment opportunities.

The child poverty figures for Walsall (2011) show that there were 16,145 children under 16 living in low income families – representing 29.2% of all children in the borough.  This was below both the England average of 20.6% and the regional West Midlands average of 23.8%.

Walsall ranks as the 26th worst performing area for child poverty out of 326 local authorities in England, putting it in the worst 8% nationally.  This is poorer than its position in 2006, when it was among the worst 12%. 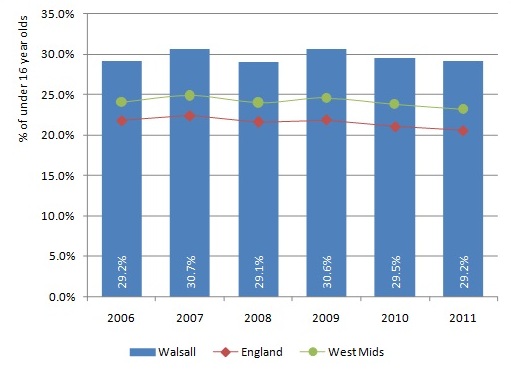 As with the national and regional figures, the rate of child poverty has varied across the borough over the past few years.  The slight improvement seen in 2008 (when the number of Walsall children in poverty fell to 15,665) were wiped out in 2009 when the impact of the recession – and a subsequent rise in benefit claimants – saw over 1,000 additional children in poverty.  Since then the numbers and rate have reduced again slightly, following the national and regional trend. 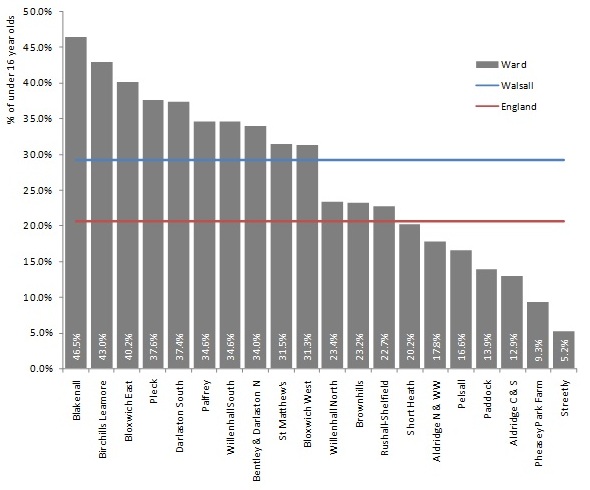 We can see that the number of children living in poverty varies widely across the wards, from a maximum of 46.5% in Blakenall, to a lowly 5.2% in Streetly - in a wider economic sense these two wards are opposites of one another. 13 (65%) of the wards within Walsall feature child poverty levels higher than the national average, but 7 (35%) fall below - several significantly so. This highlights the diverse socio-economic geographic spread across the borough.